The Sinolea®, patented by Rapanelli Fioravante S.p.A., is a cold pressing milling system which employs no pressure or added water. It consists of a stainless steel comb which dips into the olive paste: at every dip the comb covers itself in a thin layer of oil, which gets then wiped off into a bowl.

Various methods have been employed throughout the centuries to extract oil from olives - all of which were based on pressure, thus obtaining an oily paste containing both the olive's own water, and its oil.
The Sinolea method used at Oleificio Secchi employs a brand new extraction system based on natural low-temperature oil dripping, which yields superior quality extra virgin olive oils.

Research has shown that both high temperature and the use of water during extraction have a negative impact on olive oil quality.

The innovative concept behind the Sinolea method is very simple and it can be rehearsed at home with as much equipment as a glass filled with water and oil. Just dip a knife into the mixture, take it out and let the oil sticking to the blade slowly drip into another container until water and oil are finally set apart.
This way, all the natural olive oil components such as polyphenols and natural antioxidants, which are also the first ones to be destroyed when temperature rises and handling gets tougher, are left untouched in the resulting oil.

The Sinolea method, besides saving the oil paste from too much mechanical handling, acts as a mild bouquet and flavour enhancer in extra virgin olive oils by allowing them to retain the highest percentage of natural antioxidants and all of the various component which contribute to an olive oil's quality. 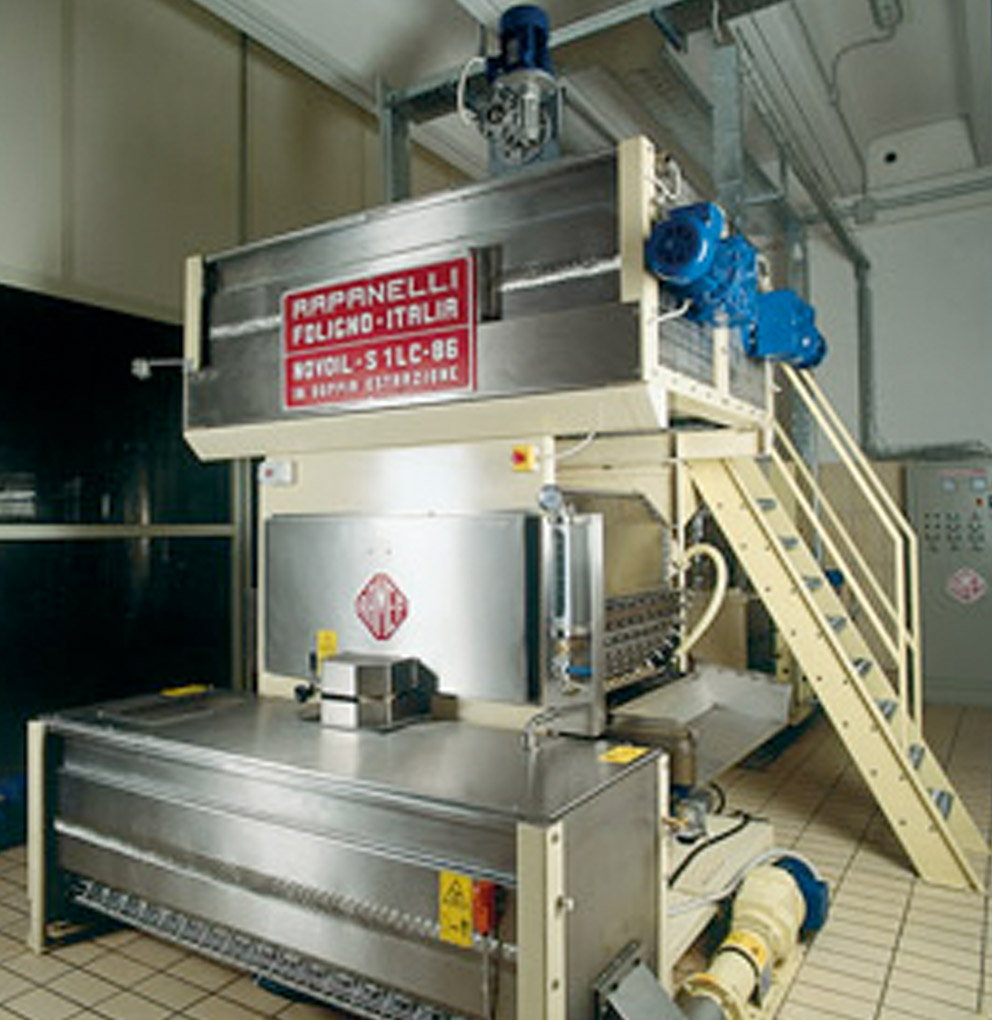 In Sinolea extractors dripping is made more efficient by means of a range of radial blades bolted onto the main comb. These blades slide in and out of a series of small slots bored into the olive paste stainless steel container, which keeps rotating in order to continually stir the paste inside.
As it turns out, the low rotating speed and almost negligible drag and handling during extraction make for the highest possible degree of invariance in the resulting oil's biochemical and organoleptic characteristics.

The advantages of the Sinolea dripping extraction system can be summarized as follows:

At our oil mill, every member of the team is involved in the Quality Policy, and every company process is constantly monitored.
Oleificio Secchi is an ISO 9001:2008, IFS certified company and complies with the requirements for organic production.